One of the most noteworthy facts about our history is the very first one–CIS was founded by dedicated practitioners. In its earliest days, CIS was comprised of only a handful of protection specialists, all driven by a common sense of commitment and vision. And over the following decades, various opportunities arouse to challenge our capabilities and develop new solutions to the problems faced by our clients.

Following is an overview of our history and some of the unique events defining our reputation as a company.

CIS was founded on 12 February 1992 with the vision of providing a level of security officer service unavailable in the market. This aim would result in establishing a level of standards, operational doctrine, and support infrastructure unmatched in the private security industry.
1992 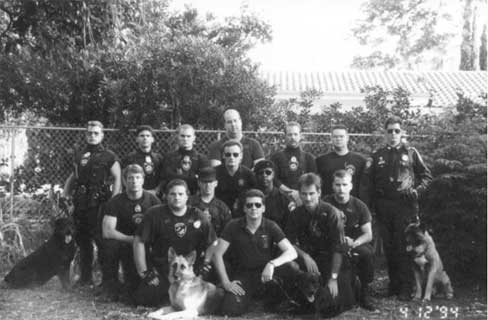 CIS was approached by a number of troubled apartment communities seeking a solution. These crime-ridden communities had previously tried it all (e.g., off-duty police, private security firms, etc.), but none provided any meaningful reduction in crime. CIS approached the situation with a new strategy aimed at removing criminal presence while proactively addressing physical disorders and networking with residents as a means of building social capital. The results were quickly apparent and CIS earned a reputation as the company to call when all other options had failed.
1993-1994
1996

As reputation for success in high crime communities began to spread, local news media coverage drew the attention of the Wall Street Journal. After assigning an embedded reporter to follow CIS officers in the field, the WSJ published a two-part feature article which propelled the company's name onto the international stage. In the following months, CIS would be featured by ABC World News Tonight, Fox News, Spiegel Television, Courrier International, and numerous media outlets throughout the U.S.
1996

CIS launches the most advanced security patrol service in the U.S.

Responding to growing demand for a high-quality alternative to conventional security patrols, CIS turned its focus in 1996 to growing and developing its community patrol division. Some of the measures pioneered by CIS at this time included establishing a statewide radio network and a 24-hour operations center, GPS tracking, IT support infrastructure, daily activity reporting, mutual aid agreements, small geographic sectors, and more.

At the height of its operation, the CIS patrol division was composed of 76 vehicle units operating throughout the Tampa Bay and Orlando regions.
1996-1997
1998

CIS creates the S2 Safety & Intelligence Institute to function as it's training arm. In the following decades, S2 would become the largest provider of security officer licensing instruction in the State of Florida and would develp an international reputation for the quality of its advanced-level courses. Since 1998, over 12,000 professionals have graduated S2 programs conducted worldwide.
1998

In the wake of September 11th, CIS created the Anti-Terrorism Officer (ATO) division for the specialized mission of protecting domestic critical infrastructure. For over a decade, CIS ATOs provided round-the-clock protection for Tampa-area critical infrastructure. CIS Anti-Terrorism Officers were armed security personnel specially selected, trained, and supported by a special infrastructure designed to address the challenges of protecting facilities against terrorist attack.
2003
2004

In the early 2000's, CIS was contracted by numerous organizations to aid in risk assessment and security design for protection against terrorist attack. Clients during this period included energy companies, chemical manufacturers, and organizations such as AIChE. In later years, our client base would expand to include hospitality companies, cruise lines, and diverse government ministries including the U.S. Department of Justice, U.S. DoD, European Commission, European Central Bank, and Organization for Security and Cooperation in Europe.
2004 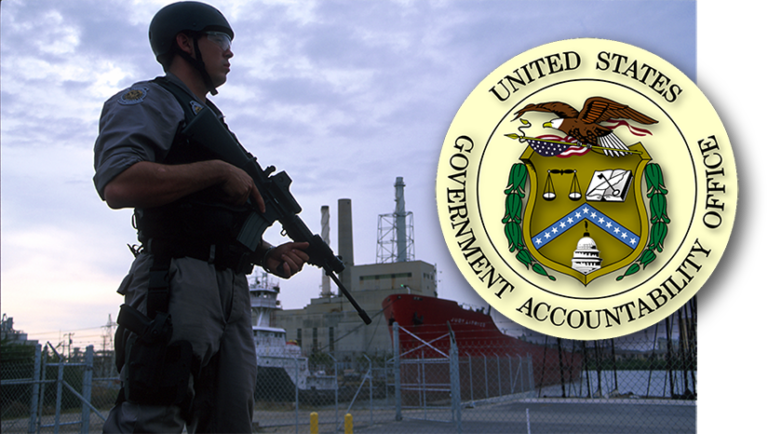 CIS ATO program is endorsed by the U.S. GAO

After reviewing the CIS ATO program and its implementation in protecting energy facilities, inspectors from the U.S. Government Accountability Office (GAO) hailed the program as a "model for critical infrastructure protection."

The same year, the S2 Institute (our sister company) was recognized as the only private company endorsed by the U.S. Department of Justice to provide terrorism risk assessment training in the United States.
2005

CIS was awarded a contract by MetroWest in Orlando to create the first Private-Sector Led Public Safety Program in the United States based on the CIS model in a community of over 45,000 residents and businesses. Since its inception, the MetroWest program has earned national attention due to its documented success in reducing crime and improving community quality of life.
2012 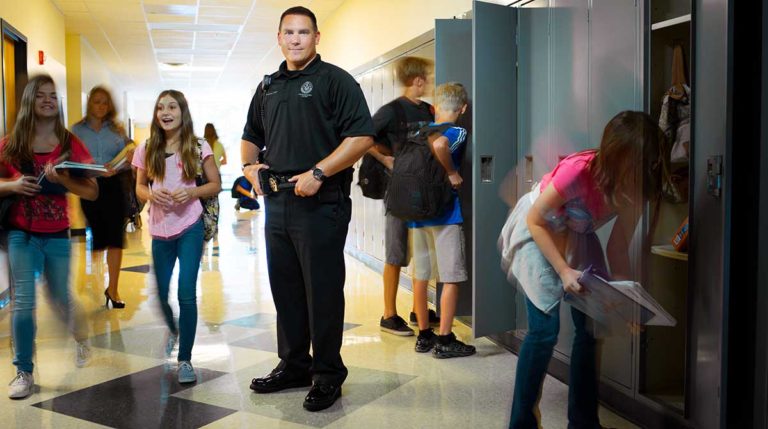 In response to the public need for an effective strategy for reducing the risk of school violence, Critical Intervention Services launched the CIS Guardian SafeSchool Program® as a comprehensive and effective security program model for protecting students against violence. In the following years, dozens of independent schools and school districts around the nation adopted the Guardian SafeSchool Program.
2013
2014

In 2017, the International Association of Counterterrorism and Security Professionals (IACSP) launched the Certified Anti-Terrorism Officer (cATO) examination and certification program with a body-of-knowledge based on the training program developed by CIS.
2017
2019

CIS is contracted by a major residential property management company to develop and manage an enterprise-wide risk assessment program to aid in reducing premises liability and improving the level of security and safety of its properties nationwide.
2019
2020

CIS sold the Uniformed Services Division to GardaWorld in early-2020 in order to focus exclusively on expert services and further developing the unique solutions which originally earned our fame.
2020
Our Humble Beginnings
CIS started with a two thousand dollar loan and a financed computer and color printer that founder, K.C. Poulin, stationed in the empty sunroom of his house. There was no money for a traditional office, or much of anything. There was no one to answer the phone, no staff, no support systems in place to provide structure, no clients and no guarantee of success.

To say the least, resources were limited, but the dream and the drive to achieve excellence in the security industry were not. Years of working in a variety of security environments and six years of conceptualization took place prior to CIS’s inception. Poulin, along with his colleagues Tim O’Rourke and Craig Gundry often met after twelve hour shifts for midnight meetings at Denny’s on Fowler Avenue where they studied and discussed the strengths and weaknesses of the security firms they had worked for and planned the creation of their own agency.

Eventually, and without any real business experience other than field supervision and mid-level management, Poulin’s eagerness overcame any lingering reservations and he launched CIS on February 12, 1992—the day of the year Abraham Lincoln is recognized. A short time later, in 1993 and 1994, respectively, Gundry and O’Rourke joined forces with Poulin.
Though a mere coincidence, or perhaps a twist of fate, it is of special significance that CIS was incorporated on Lincoln’s birthday because it was during his presidency that the Pinkerton National Detective Agency established itself as the first private security organization. Pinkerton’s was a leading force in protecting the country, handling many of the functions public law enforcement eventually overtook.

With that historical change came the consequence of a disturbing decline in the prestige, reputation and capabilities of private security officers. This is the image that CIS set out to reform in 1992 and is the driving force behind CIS’s unwavering commitment to both setting and practicing the highest standards in the private protection industry. Just as Pinkerton’s holds an important place in the history of the private security industry, so it does in the history of CIS.

For the first two years, CIS struggled to get on its way. The founders scrounged for time to learn about industry business operations as they worked tirelessly to grow the agency and out perform others in the industry through skill and professionalism. They held steadfastly to their belief in setting the highest standards and it paid off because by the end of the first two years CIS had distinguished itself from other agencies and established a reputation for quality services. 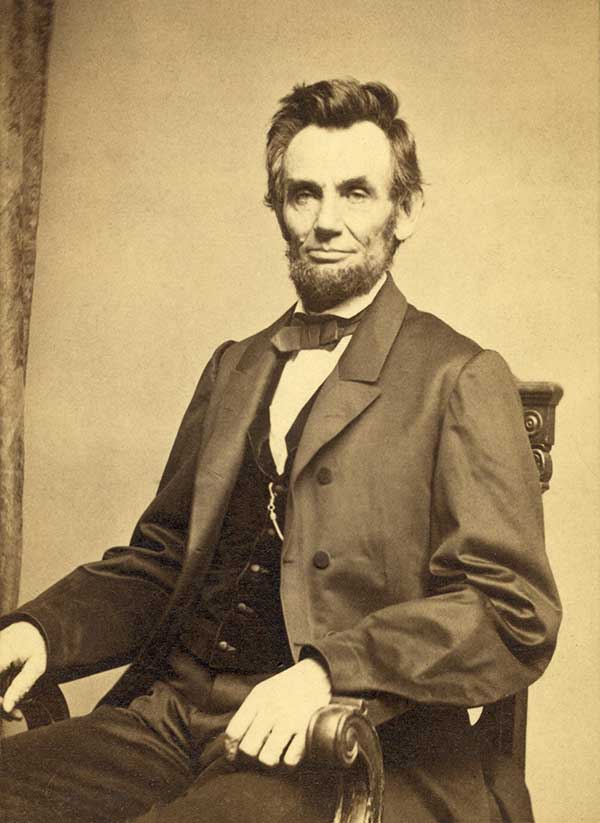 In the beginning, CIS set out to offer only high-end security services, but at the behest of a client accepted a challenging security assignment in a troubled apartment community in northeastern Hillsborough County. It turned out, there were many of them in the area. These crime-ridden communities had tried it all: off-duty police, major name private security firms, smaller security firms, but none provided any real or lasting reduction in crime. With other security agencies focusing on low-risk accounts in high- income areas, these distressed communities seemed all but forgotten.

CIS accepted the challenge and approached the job with novel strategy, considering it a mission to solve problems rather than just a post to watch. Instead of monitoring gatehouses and policing residents, CIS employed innovative intervention strategies and proactive networking with residents, especially children and families. It worked, and the results were quickly apparent.

As word spread, one community turned into two, and then three and soon CIS’s fate was sealed as the agency that would become known for doing more than simply “observe and report,” which was then the industry standard. CIS was providing not just security, but security solutions that ultimately helped rebuild these communities. Just as importantly, CIS was elevating industry standards, right from the start! That focus– to professionalize the industry at a new level– distinguished CIS from the rest. Other security agencies advertised their professionalism, but CIS was the only agency delivering it.

Before long, CIS came to dominate the Tampa area, which served as a laboratory for refining agency strategies and methodologies for reclaiming and rehabilitating high crime communities. CIS’s successful work within the infamous “Suitcase City” area drew CIS its first media attention. Tampa Bay’s Channel 8 first put the spotlight on CIS’s Uniformed Division, quickly followed by Channel 10 and Channel 13 that ran a late-night newscast highlighting CIS activity and the advantages of CIS strategies in high-crime communities. In turn, that publicity fueled an abundance of growth for CIS.

Knowing they had pioneered an effective philosophy for providing community protection services, the founders formalized their concept in 1995. Considered non-traditional by many in the security industry yet refreshingly cutting edge to others, what started initially as trial-and-error methods transformed into a fully defined, hands-on, results-oriented model: the Community and Character Based Protection Initiative (CCBPI). The founders envisioned and developed CCBPI as a three-phased system that identifies, interrupts and removes criminal elements from a given community by seeking support from and empowering the very people living within it. Twenty-plus years later, CCBPI remains the methodological mainstay of CIS’s Uniformed Division.

In the following decades, CIS would continue to grow and apply it’s solutions-based focus and creativity to new challenges including terrorism, school violence, and workplace aggression.