Our investigators assist clients in the Tampa, Orlando, and South Florida areas in monitoring potentially-dangerous persons and providing early warning of impending violence.

Following hostile terminations, there is often a dangerous and uncertain period as the fired employee processes the situation outside the scope of the company’s observation and influence. And without effective provisions for monitoring the behavior and mental state of the discharged employee, there is often little the employer can do at this stage to anticipate or prevent potential violence.

Many organizations respond to this situation by temporarily hiring off-duty police or armed security officers. Although heightened security presence may be useful in the short run, eventually a decision will be required to indefinitely maintain the new security posture or return to normal. When this question arises, organizations without updated threat information face a difficult decision.

As an alternative to raising the level of security, it is often more cost-effective to conduct a protective surveillance of the person of concern.

In protective surveillance operations, CIS investigators discreetly monitor the activities of potentially-dangerous individuals with a focus on behaviors indicating an improving or deteriorating threat situation, such as:

In addition to collecting threat assessment information, protective surveillance operators provide a valuable security function. If at any point the subject is observed preparing for violence (e.g., loading weapons into a vehicle, wearing tactical gear, etc.) or driving in approach to the facility, CIS investigators provide early warning to police and facility management, and if necessary, intervene as armed responders.

Our Experience and Expertise 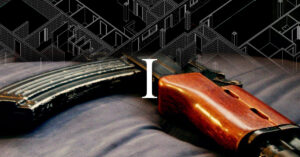 When many people think of physical security, the first ideas that come to mind are 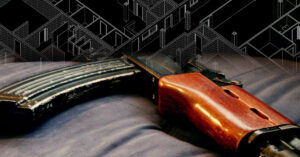 Our subject experts have instructed thousands of client employees in workplace threat awareness and response to active shooter violence through private training sessions.

For organizations seeking a comprehensive approach to workplace violence prevention and readiness, the Guardian SafeWorkplace Program™ employs a multi-layered strategy for controlling risks of violence in alignment with best practices and standards defined by SHRM, ANSI, and ASIS International.

CIS security consultants are recognized worldwide for their expertise in assessing and improving physical security and facility preparedness for acts of armed violence.

For protective surveillance assistance in the Tampa, Orlando, or South Florida areas, call Tel. +01 (727) 461-9417 or submit a request using the following form:

Click here to learn about the hundreds of clients who have turned to CIS for expert security solutions.

Our 20 years of experience providing protective surveillance assistance to businesses in Tampa, Orlando, and South Florida.